Weird dot on screen that captures all input

Forgive me for the unclear title. Some time ago, my HTC M8, which is rooted and runs on a Venom ROM showed something weird. Firstly, in the Google Maps App a mysterious blue dot appeared, that captures the screen completely and makes it impossible to quit or use the application. It looks like this (I could make a screenshot) 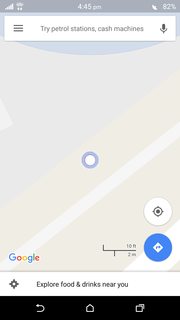 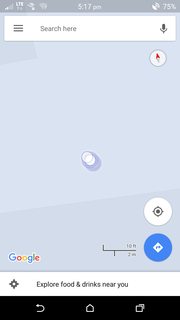 When this happens in Maps, the only thing I can do is a hard restart with Power+Volume Up.

Since I have seen this occasionally in the camera app as well, I suspect it is not a bug of Maps itself. I know that the Venom ROM is not standard but maybe this is connected to some setting and anyone has seen this. Btw, the Venom ran smoothly for almost 3 years now.

Question: Has someone a clue what this could be and how I can get rid of it?

I found the answer to my question in this xda thread. What I experience is the white dot that can be switched on in the developer options, although there, I have never turned it on.

I guess my only solution is to either install a new ROM or return to stock :(