Does any version of Android support ad-hoc connections?

I just bought a Lenovo Ideapad A1 which runs Android 2.3. It seems that connecting the device to an ad-hoc network is not possible.

Does any other Android version support this?

There are no Android versions that support the 802.11 ad-hoc mode (unfortunately). To have ad-hoc working on an Android you need to root your phone. This however does not fix the basic issue that the Android java API does not allow you to programatically control the wifi interface in ad-hoc mode - to do that you need to resort to native code which is not portable accross devices.

Android 4.0 however supports (and provides API's for) the new WiFi direct standard which offers some of the functionality of the 802.11 ad-hoc mode (+ a bunch of other higher level stuff). One of the nice promises of WiFi Direct is that it will be backwards compatible with regular infrastructure mode WiFi (in the sense that a WiFi direct device will appear as a regular Access Point to non WiFi Direct devices).

While most Android OS versions do not support Adhoc, You do not need to downgrade or upgrade your OS to connect to your computer or use wireless LAN. Please use Connectify, its a software that creates Wireless Hotspots for your android or any other device you need. 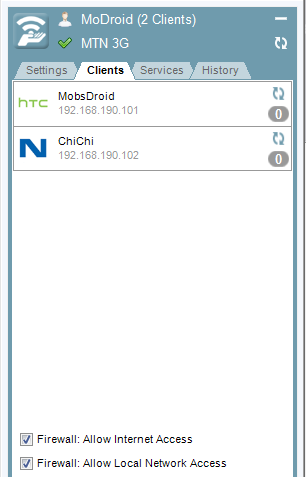