google maps not working offline even though I downloaded maps 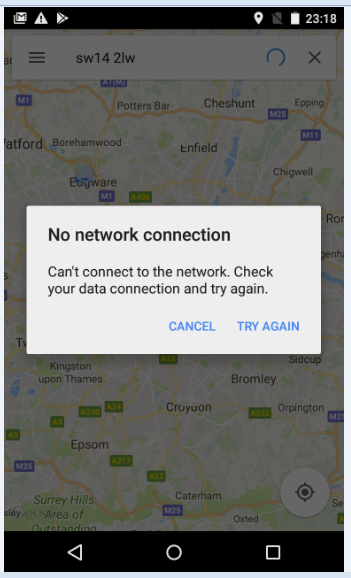 But I have downloaded offline maps of London and surrounding areas. 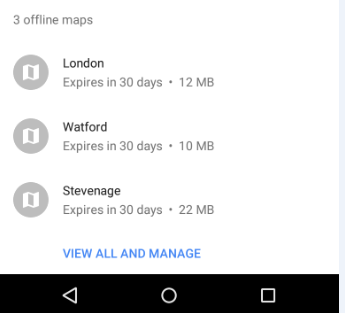 @Czar points out that the map files seem rather small...Maybe that is the cause, though I have an issue there too. It doesn't give me a box to draw around what I want to download, it gives me a screen where I zoom out to how much I want, but if I zoom out too far it says it's too big. It is only letting me save areas that are quite small like around < 30MB. 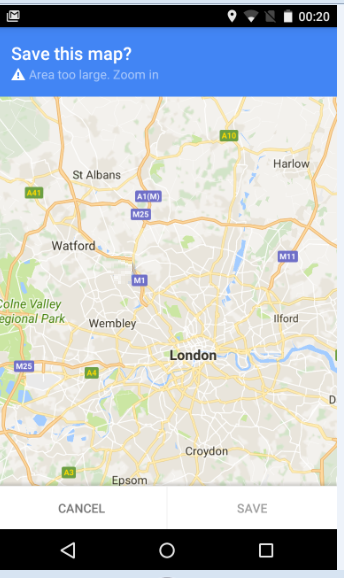 Firstly, make sure your Google Maps is up to date. :-)

After that, double check and make sure your "bounding box" is large enough to encompass the desired off-line area.

Here's an image for reference: https://imgur.com/a/hYDv9ee

My first clue was the fact that your downloaded offline maps data size seemed rather small. For reference, my average size US city offline map on my Pixel 1 device clocks in at around 300MB.

The larger the area needed for offline use, the larger the data downloaded to your device. I believe the cap in terms off single offline map chunk is around 1.5GB.

The Google Maps version I had which seemed to be an earlier version, was limiting the size of map I could download, and with that earlier Google Maps version I wasn't getting a box either, just an area to zoom in and out of. The solution for me was to update it which can be done from google play store and tapping update. Then I could draw a box to a good size and offline maps worked.