Notification bar too dim on Galaxy S7 with Oreo

Last night my Galaxy S7 got an update that included upgrading to Oreo. I don't know whether the problem is specifically because of Oreo or if there was something else in the update that caused the change, but the notification bar at the top of my home screen is now uncomfortably dim: 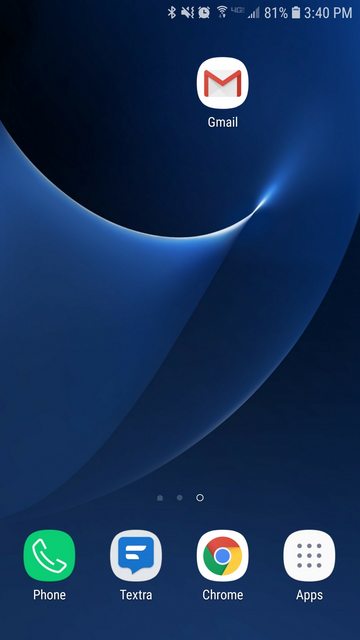 There's also a larger version if it's tough to see. It might not look that bad, but it's clear that there's a difference between the grey used by the notification bar and the white in the text and background of the Gmail app and with my eyes looking at my phone's screen that difference is a big deal. The same grey seems to persist in most apps, though apps with a white background instead show a darker grey. Is there a way for me to make those icons white instead?