tl;dr: I have switched from Moto E4 (1080p) to Moto Z2 (1920p) and on second phone Nova Launcher draws icons and icons' captions very small, barely noticeable. Even though settings are quite similar / the same. What can I do to prevent this?

I've been using Nova Launcher (Prime) for years. Recently on a number of Motorola Moto devices, including E3, G4 and E4. All was fine up until now, because all these devices had 720x1080 screen resolution. Yesterday I have purchased Moto Z2 with 1080x1920 resolution and problems started.

I can clearly see that while icon sizes are quite similar, icon captions are minimal, barely noticeable:

Settings for both phones are nearly the same: 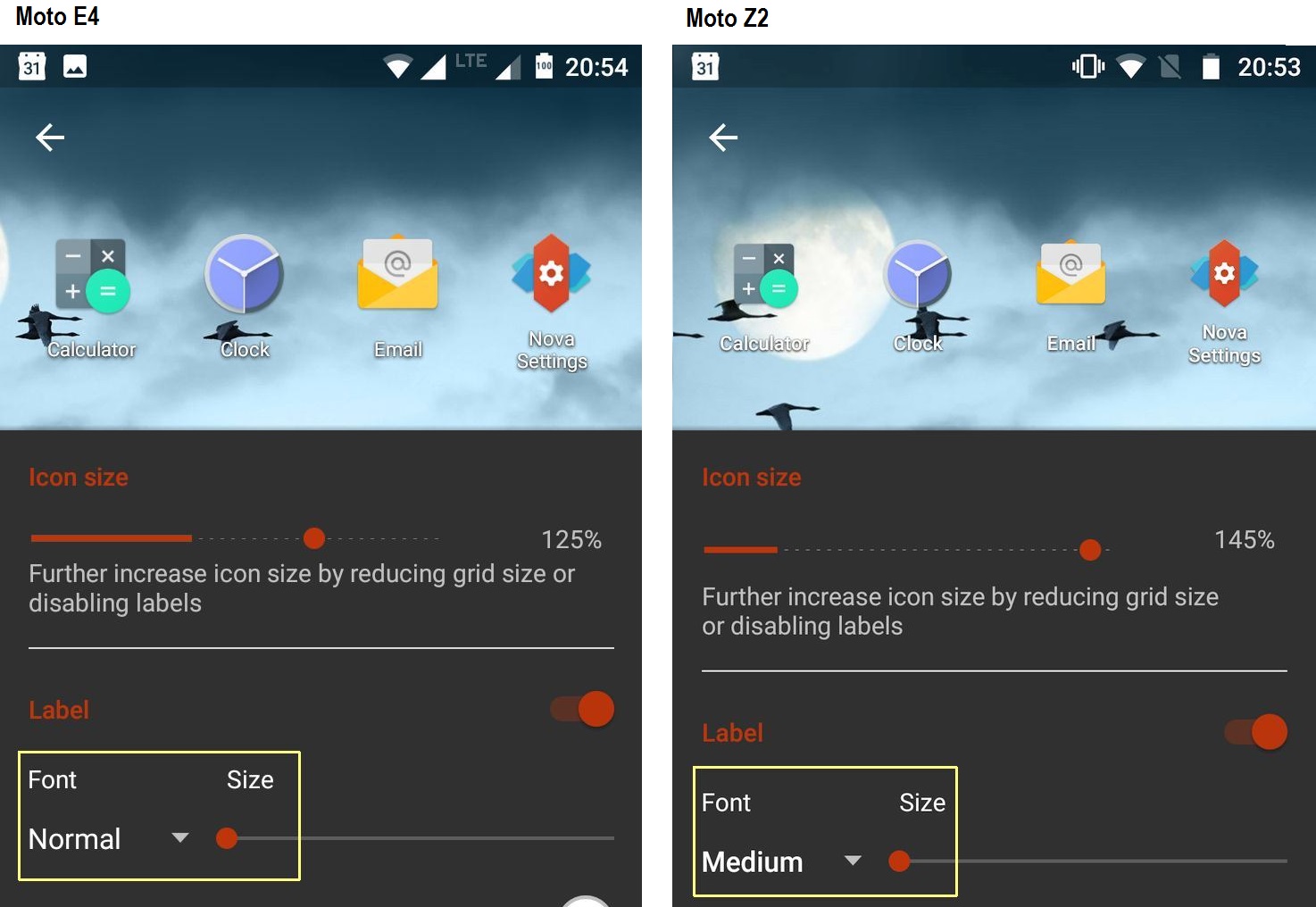 I had to increase icons' size from 125% to 145%, because with 125% they were not acceptably small. But I have noticed that using 125% on Moto Z2, while reducing icons' size doesn't actually increasing captions' size so this doesn't seem to be a problem.

I also had to change font type from Normal to Medium, because using E4's settings (Normal) on Z2 resolution caused me to have problems with reading captions' sizes.

Z2 is my fifth Motorola Moto device with Nova Launcher and the first one where icon's preview section in settings (upper part of screen on second screenshot) doesn't actually match real icons' and captions' sizes. As you can see, preview suggests that everything will be fine (2nd screenshot) while closing settings reveals (1st screenshot) that icons and their captions looks much different.

Is there anything I can do about it? Any hidden Nova's or system settings that controls how launcher draws its contents on higher resolution etc.?