How can I monitor the device battery consumption?

I need information about which applications or hardware features discharge the battery. Built-in Android option for this doesn't fit because not all devices have it. Also it would be a great advantage if the solution would send statistics via email. 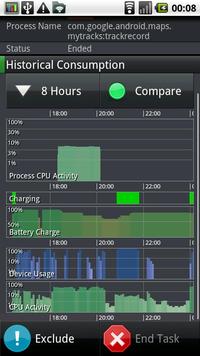 You could take a look at SystemPanel1 or System Tuner2. Both let you monitor your ressource consumption (not only battery), and (at least in their respective Pro versions) also offer to do so in background, collecting data for later evaluation. System Tuner2 also offers a bunch of nice widgets3 for your homescreen, if you need to watch things for a while. 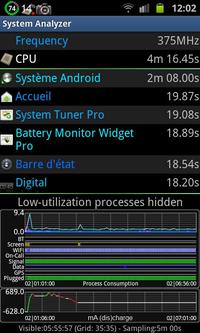 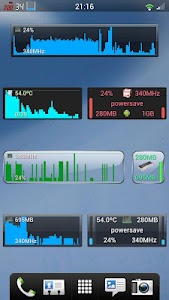 After seeing Mihic's comment above, I noticed I missed another important point: While up to Froyo, "dialing" the magic number *#*#4636#*#* brought up a nice system menu (it still does that part) including many battery stats, the latter (battery stats) have been removed since Gingerbread. If your device is rooted, BetterBatteryStats can bring those back -- and do a great deal to help you identifying battery hogs:

These two screenshots show you the most important information BetterBatteryStats provides: Which apps used the most battery power while the device tried to sleep3 -- and those who kept the device awake4, preventing DeepSleep and such "PowerSave Mode". Just helped me getting 20% more battery out of my device ;)