How do you skip the PIN to go directly to the camera from the lock screen?

I have a Samsung Galaxy S3 with Android 4.1.2 (standard, not rooted). I previously had an iPhone, and the feature I miss the most is the ability to go directly to the camera from the lock screen without having to type in my PIN. How do I do this on Android?

I know that there are at least two or three questions asking pretty much the same question. Unfortunately, I don't have the reputation to comment on those answers to explain why they don't help me:

This answer suggests using Samsung's built in motion. I tried this, and it still requires the PIN to access the camera. This answer doesn't resolve the issue. I'm certainly willing to pay for an app that solves this issue, but I don't need any other lock screen features--I just want rapid access to my camera. Also, I would prefer not to root my phone just for this, but if there is a solution via rooting, I would seriously consider it.

Can anyone please suggest an answer that really works?

There is no way in Android to access to the standard Android camera from a password-protected device. However this little application allows to access to a simple camera with a triple press on the power button even when the device is password locked... 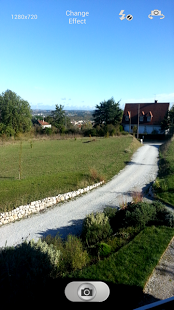 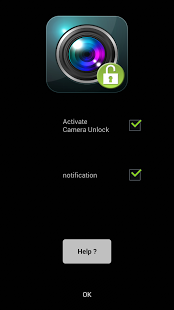 Disclosure: I am the developer of this app

I am using Microsoft's Next Lock Screen which displays app links on the lock screen. I have a swipe pattern lock set, but tapping the camera app icon goes directly to the camera app on my Galaxy S4 running Android 4.4.2. Other apps require unlocking before loading.

HI screen lock works sort of. It can be defeated by resetting the point. This is need because there is no way to clear the register if you type in a wrong pin digit (ie no back/clear button). To get around this, I have set a Android pin with a 1/2 hour time out. this pin is functional at boot up. The downside is that occasionally I have type enter the pin twice. Acceptable for the time being as a workaround.

i hav android 4.4.2,just swipe from right to left on screen..u will directly go to camera app without entering the pin.