Why do I see adverts after closing WhatsApp?

Every time I close WhatsApp I get some sort of an advertisement.

According to their site they don't advertise, but I see adverts like this after closing the app: 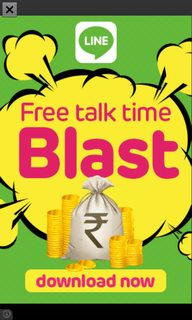 I have contacted the WhatsApp support team and their reply was:

WhatsApp does not advertise. If you are seeing advertisement on your device, it is from your device and not WhatsApp.

How can the device advertise on it's own??

Like KeshavaGN, I suspect a 3rd party app behind this. But neither your Nova Launcher, nor WhatsApp itself. To isolate the culprit, I suggest the following steps:

Finally, check your lists created during these four steps, and watch out for matches. If there's an app on list 2+3 (and optionally more), that's a pretty certain candidate. It gets even more likely if it's also on at least one of the other lists. Continue as described in the answer I've linked with item #2.

If you found out the responsible app, additionally to the steps described in the other answer, it would be a good idea to report your finding here as well ;)

I think applock is the culprit(and they openly mention that).

Try opening applock and inside left sidebar menu, tap first item(or menu header) called 'Account center' or 'Upgrade to Premium' and there you can see that it either shows banner ads or full screen ads.

I also had the same problem or still have the same problem. I tried all these adware scanners like adware but they couldn't the app that was causing the ads . So after thinking about it, I realised that this pop up is just an activity and an activity has a title. So I have this application that shows the name of each activity that I am interacting with. So when the ad popped was I able to trace it back to ilauncher, this seemingly harmless ios 8 launcher that I like so much. So check all your launchers.

This may be produced by some other application such as third party launcher.

Check any other 3rd party apps, mainly, 3rd party launcher that you are using. Uninstal/stop those launchers/apps and check.

I have the same issue on my phone and not only when I close whatsapp, some other apps do the same. The problem is APPLOCK. It's part of the free version and to stop those ads from popping the only way is to pay their annual fee. While I understand that devs need ads in order to maintain their apps and generate income, I also think that this type of advertising is abusive. It doesn't make me want to download what's being advertised, it does the opposite! Annoying!

So basically these are Google ads. I am not sure why these are shown but I think there is way to opt out.

Go to your Google settings in your phone - select ads and from there opt out of interest - based ads. After this you will see the option of Ads by Google, select that. There you will find the instructions to stop these ads. It will redirect to a link, my link is not working.

Can you please try it and if you get through, please let me know as well.

It is 360 security app. This app has almost all the permission. It is also able to track your activities such as browsing data. It shows app based on the things you browsed.

I also having the same problem and upon remiving 360 security app it seems that issue resolved.