I wonder if is it possible to run android applications DIRECTLY on a Linux distribution like ubuntu or gentoo? I mean running the apps on linux without the help of virtualbox,simulators like genymotion, on google chroom...

is it possible to compile a linux kernel in such a way to do this? if so, is there any guide to to describe the process step by step?

any help is appriciated

Yes, there is, though right now it's still experimental. It's called Anbox, and it uses kernel features to share the kernel between the distro and the Android system.

Oh, and no need to recompile the kernel at all.

No, it isn't. Even if you were running Linux on an ARM-based system, or only wanted to run apps for Android-x86, so that you didn't need an emulator, you'd still have the problem that the GNU userspace doesn't have the same facilities and libraries that Android has. The Android framework, the standard library used by all Android apps, doesn't exist for GNU/Linux, so the apps would not be able to run. It's nothing to do with compiling the kernel in a particular way.

In order to add the PPA to your Ubuntu system please run the following commands:

These will add the PPA to your system and install the anbox-modules-dkms package which contains the ashmem and binder kernel modules. They will be automatically rebuild everytime the kernel packages on your system update.

After you installed the anbox-modules-dkms package you have to manually load the kernel modules. The next time your system starts they will be automatically loaded.

Now you should have two new nodes in your systems /dev directory:

In order to update Anbox to a newer version you can run:

Anbox doesn't come with Google Play Store pre-installed and does not even have a package installer, so the only way to install additional applications in Anbox is through an Ubuntu software package named Android Debug Bridge (adb). You have to download the .apk file of the app you want to install, open the terminal, change directories using cd to the directory of the .apk file, and then install the app with a command that looks like this:

Then maybe the app will install or maybe it won't install if the app requires additional dependencies that are not installed in your operating system. For example WhatsApp requires Java as a dependency. I already had Java installed in my Ubuntu, so I tried to install WhatsApp. 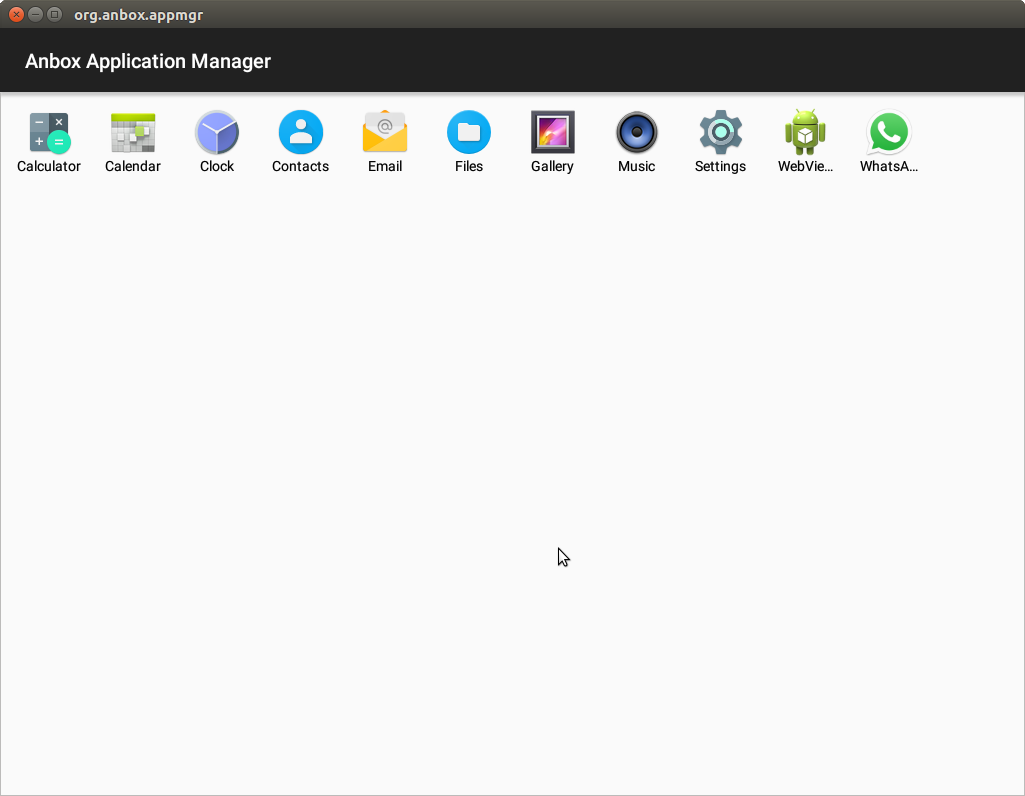 When you open WhatsApp for the first time it shows you a screen with a message that says: