Can I use Feature for development and CMI only for deployment?

As a developer working in team I don't like using CMI to synch config from/into development server at all (cim/cex) in local development machine. Instead I'd like to use Feature. What I wanted to achieve is on below diagram. 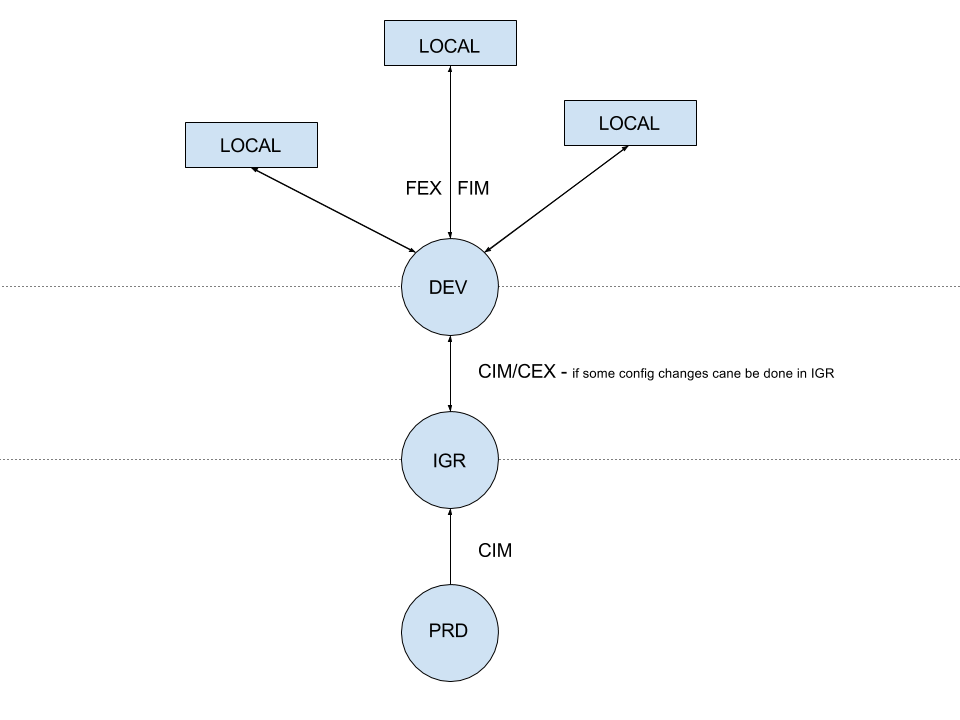 Basically I want to use Features for development in first tier and use CMI only for deployment to PRD/IGR. Does it make sense? What do you think?

Some comments according to the limited experience i have on CMI myself.

I believe that what you ask is pretty much logical, due to the fact that local dev envs usually end up being different than the actual remote Dev instance. Testing modules, code, configuration e.t.c is pretty much the reason for that. This makes default CMI functionality unusable as you dont want to move the whole configuration into your actual deployment process (DEV->IGR->PROD).

This problem is addressed quite well using Features, however it could also be tackled by some CMI related modules such as Config partial export or Configuration Split

One more argument in favour of Features might be that you are able to have totally different local dev envs than the remote Dev (Dest site UUID != Source site UUID) which i guess would make CMI unusable.