Rotate one 3D coordinate system to another 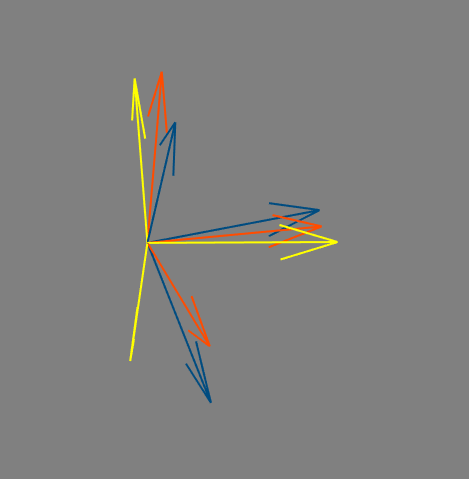 I'm no expert in linear algebra, but I think your mistake is in not inverting the initial coordinate system.

Here's another SO answer that talks about implementing this: Change of basis in numpy

EDIT: Peculiar that this version worked for the coordinate system. It's not R you need to invert. You are computing R = A * B, so so by inverting R you get A^{-1} * B^{-1}. You need to invert A first, then multiply.

Perhaps try using the transpose of the matrix to rotate your point cloud. See Rotation Matrix, which suggests that the matrix used to rotate the coordinate system and the matrix used to rotate an object are transposes of each other. The link also has useful information about defining a general transform matrix between two coordinate systems: picture of general transform matrix and the rotation matrix (which is the transpose): picture of general rotation matrix "wherexc2xa0(xxe2x80xb2,x)xc2xa0represents the angle between thexc2xa0xxe2x80xb2xc2xa0andxc2xa0xxc2xa0axes,xc2xa0(xxe2x80xb2,y)xc2xa0is the angle between thexc2xa0xxe2x80xb2xc2xa0andxc2xa0yxc2xa0axes, etc."